In the day, John started drag racing in the early 60's with a 62 Nova A-Gaser. This car would run in the 10's @ 150 MPH. By the end of the 60's he had transitioned to the Sportsman Division of NASCAR (which today is the Busch Series) where he ran tracks like Savannah, Myrtle Beach, Columbia Downtown, and Greenville-Pickens. In those days he ran with drivers such as Tiny Lund, Leroy Yarborough, Cale Yarborough, both Allison brothers, David Pearson, and Jack Ingram. By the late 1980's he left racing "he thought" because of high expenses. In the 1990's he got back into racing when he and Mike Saye (3 time NHRA world champion) built a 1969 black Camaro. The Camaro ran C/A  Super Stock in NHRA. This car was a 427 cu. in. Chevy, had to weigh 3515 lbs. This car ran 9.90 @ 145 MPH.

Cindy was very successful in driving all three cars, winning a fair share of her races. By 2011  Cindy and John retired from racing.

​​Thank you for Visting 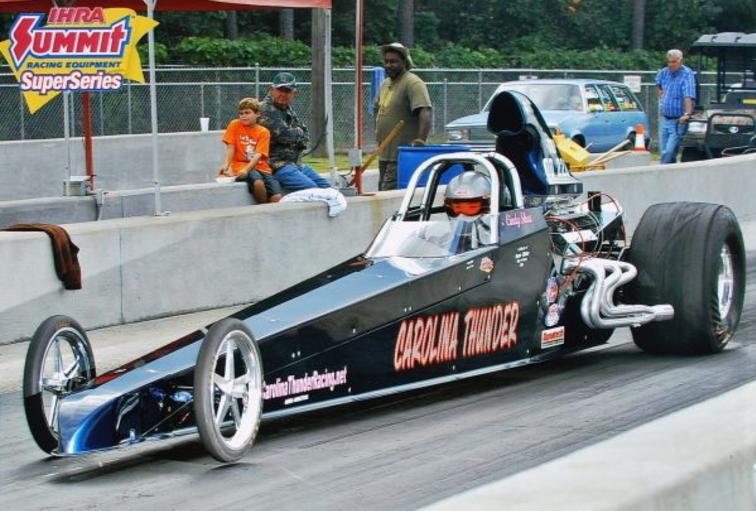 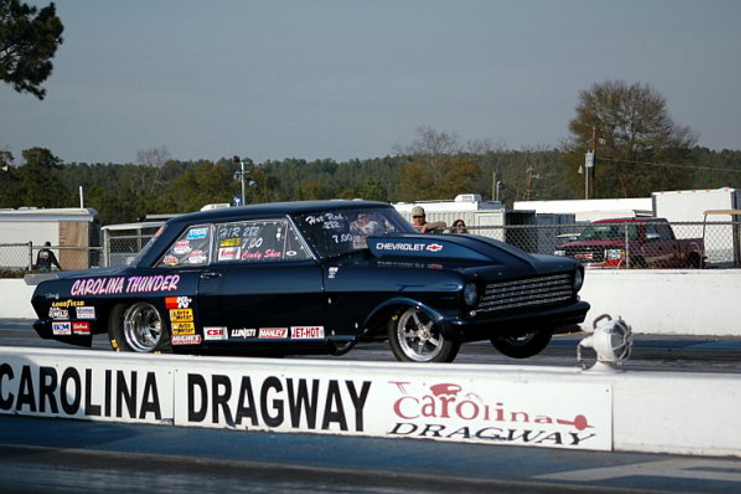 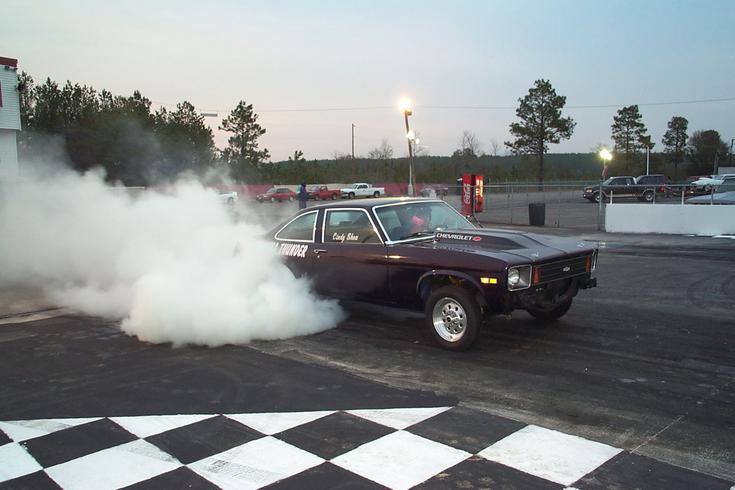 Cindy's first Carolina Thunder was a 1975 Purple Nova that would run 7.2 @ 100 MPH,  in a 1/8 mile. Cindy went bracket racing with this car, and also won her first race driving this car. She went to the World Bracket  Finals twice in it, and finished 4th in the Super Chevy Show in Atlanta Georgia in 2003.​ 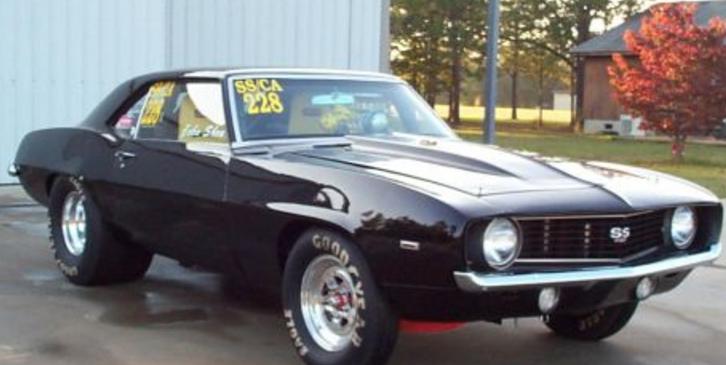 Cindy,s latest hot rod, Carolina Thunder III, is a Undercover 230 inch wheelbase rear engine dragster built by John Shea. It has a 372 cubic inch Chevy Motwon small block that cranks out over 600 horses. With 1/8 miles times in the low 5 second range and top speeds of 131+MPH, with a 1.09 sixty foot. Cindy got her Top Dragster License in the Spring on 2008 in this car.

The dragster was painted Indigo Blue by Steve Biggs of South Carolina Collision in Aiken, SC. The graphics were done by Communigraphics, in North Augusta SC.